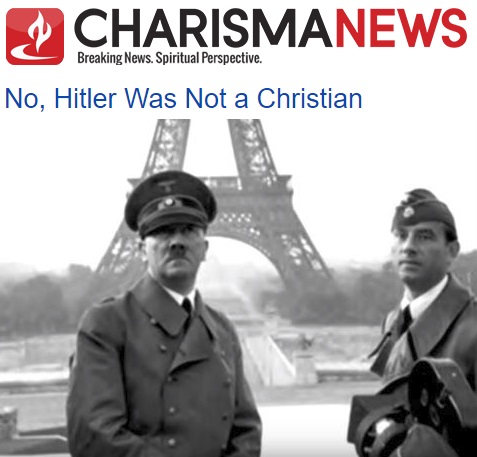 Link to PDF Article ---> No, Hitler Was Not a Christian!
Link to Website Article 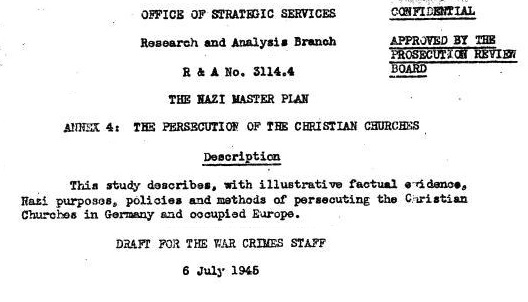 Hunting Hitler -
A Video Play-List
on Dailymotion-->
About: "Hunting Hitler" Series
Link to Kindle eBook:
The Nazi Master Plan...
Hitler in Argentina: The Documented Truth of Hitler's Escape from Berlin------->

Darwin, Nietzsche, and Hitler: Evolution of the Ubermensch
(Link to website)

It was back in 1986 that Sharkhunters released the fact that Adolf Hitler
and Eva Braun-Hitler did not take their own lives in the Führerbunker
on 30 April 1945. This was not wild speculation - this was based on
cold irrefutable fact and hard research.
So who said that Adolf Hitler escaped?  ----Link to Website----> 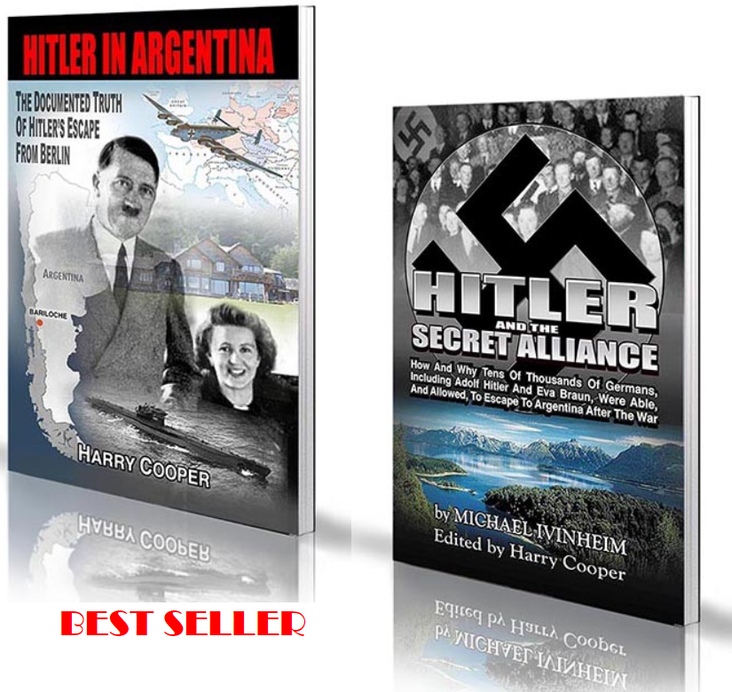 International Best Seller -
As of late 2016 – #1 Amazon Best Selling Book in Latin America
(BRAND NEW January 2014)
This book is the result of decades of research including the first-person memories of Don Angel Alcazar de Velasco that were given to Sharkhunters coupled with no less than five expeditions by Sharkhunters President Harry Cooper to South America. We have obtained dozens of FBI reports (before they were declassified in 2014) along with more than 100 photos, interviews with people in Argentina, Uruguay, and Brazil. All this and more is found in this book. Other ‘authors’ have later released their own books but somehow many parts of their books read as if they came from “Hitler in Argentina”. This is the first and the only really accurate book about the exodus of thousands of the Third Reich from the crumbled Europe to South America, primarily Argentina.
“Hitler in Argentina” tells when and how Hitler was taken out of the Führerbunker, how he came to Argentina, where he lived with many photos. The 302 pages of this book are jammed with first-person observations, interviews plus hundreds of photos, files, personal letters and more.
There is no question that this indeed, is the documented truth of Hitler’s escape from Berlin. Hitler and thousands of others escaped the horrible vengeance of the victorious Allies perpetrated on the helpless Germans and lived out their lives in comfort & peace. 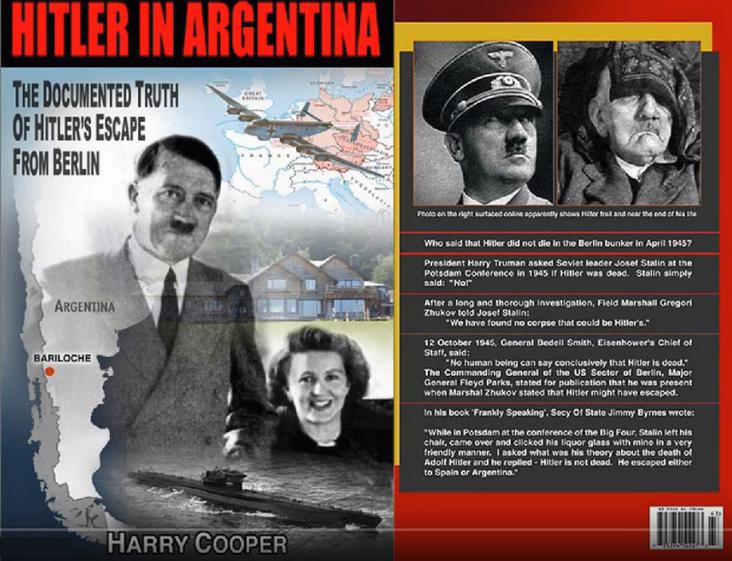 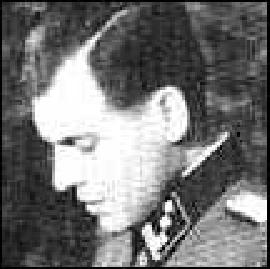 Hitler is reported to have said:
“I’ll have my reckoning with the church. I’ll have it reeling on the ropes.”
The Nazis who surrounded Hitler deeply hated Christianity and wanted to see it destroyed.
Link to Article: Nazi Theology by Bonhoeffer

Hitler defines his ideology and ultimate goal of implementing generational SRA/DID through the agency of Dr. Josef Mengele
- to bring in the Anti-christ. He knew well that the Body of Christ would need to be  infiltrated, weakened and destroyed if possible for his supreme goal for all mankind to be realized.
Doug Riggs
Genesis of the Übermensch - Link
Hitler Escaped the Bunker in 1945 - Where did he go?