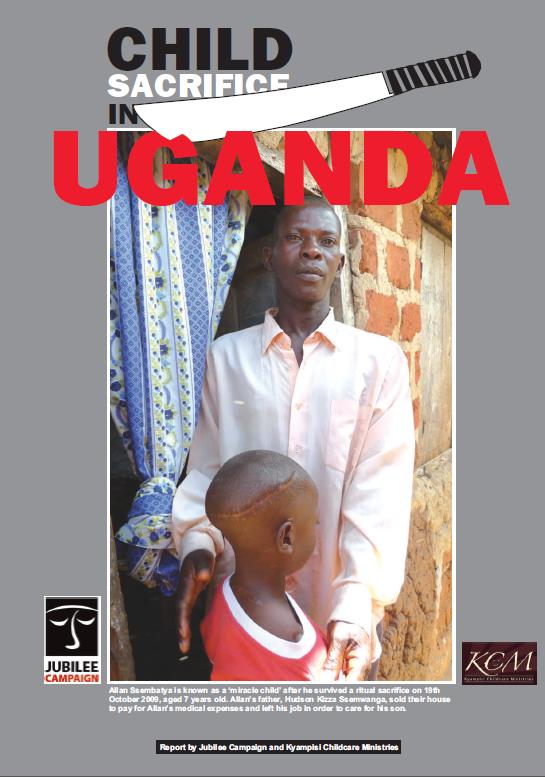 Survivor Matters
A Newsletter for the Christian DID Community
Why Did I Split? & God's Resources 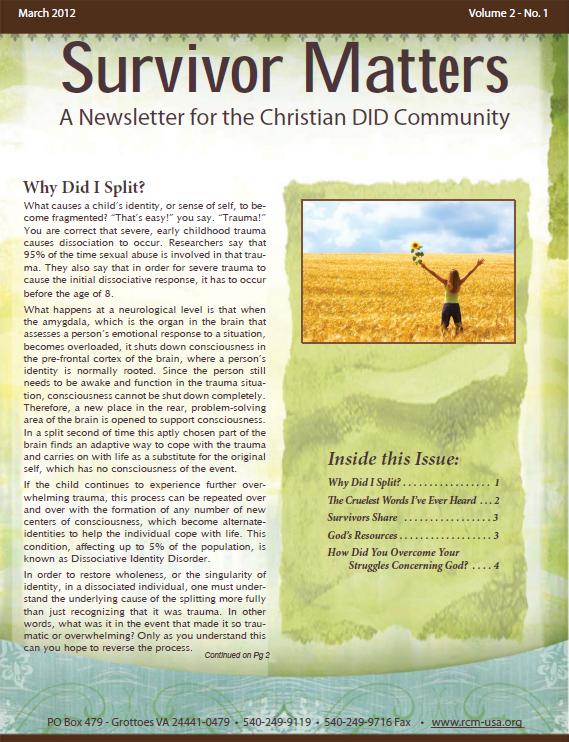 A Nation Betrayed: Secret Cold War Experiments Performed on our
Children and Other Innocent People
(pdf)
British Psychiatry: From Eugenics to Assassination by Anton Chaitkin  (pdf)
Finding God with those who are suffering (pdf)
Trauma Bonding : The Pull to the Perpetrator (pdf)
A Healing Community by Spencer Colliver (link)
Spencer Colliver is part of the Association of Christian Fellowships in Brisbane. He writes and teaches extensively about small group communities.
Return to Top of Page
Link to: International Justice Mission
1/17/2013 Russ Dizdar Interview on Coast to Coast AM (mp3)
10/3/2013 Russ Dizdar Interview with Dr. Stan (mp3)
Global Agenda / Demonically Charged Ideology
Russ Dizdar at the 1st Annual
Nephilim Mounds Conference
in Newark, Ohio (mp3) 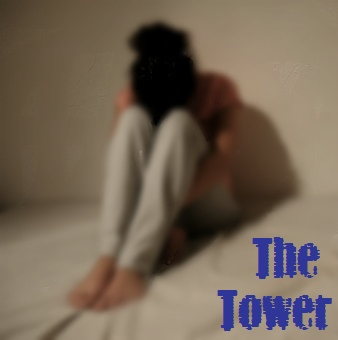 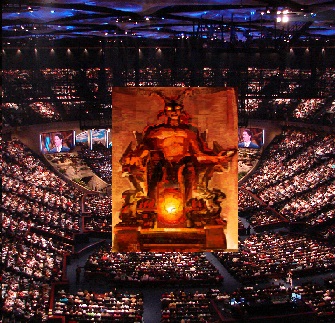 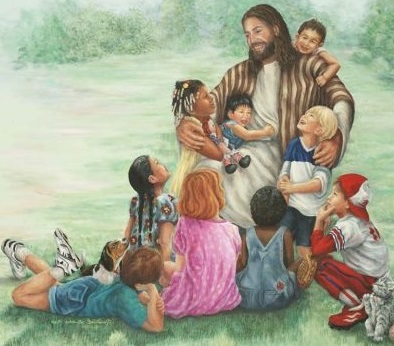 "How can these little
ones give their heart to
Jesus at such an early age?"
"Why is the new birth identity so important to Satan?"
"Why does a loving God allow all these horrific things to happen to innocent little
children?"
Generational SRA/DID and the Replication of Satan's Throne in the Body of Christ
An Important Message from
Doug Riggs
Recorded 7-29-14
Link to an Article by Russ Dizdar:
Dark Rituals
Dark Powers
Related message from T. Austin-Sparks
(Link to Article)
A People Prepared for the Lord
How Satan Infiltrates
The Church
(speaker: Pastor Russ Dizdar)
In Russia in March of 2012, the Global Future: 2045 Conference or ‘GF2045′ held to focus on the Singularity – the moment when humanity will physically combine with machines to allow for humans to live outside of the physical body, with robot “avatar” bodies and overcome disease, pain and even death. While it sounds like the stuff of a science fiction movie, it is a very real movement and field of study for scientists who believe that humanity is on the cusp of its next stage of evolution. And it once again reveals an attempt to reach immortality without the God of the Bible.
The Singularity: Science's Quest For Immortality
And Satan's Deception | Beginning And End
2045: A New Era for Humanity
Russ refers to this video in Session 2
- you'll want to see it before watching
Session 2
Mind control? A fearsome concept, a historic reality and a super-secret underground burgeoning technology. Are millions now under forms of mind control that will be used in the future to control, alter and transmute hundreds of
millions more?
National Geographic - CIA Secret Experiments (Documentary)
This National Geographic documentary looks into the CIA’s secret experiments conducted during the Cold War. It mainly focuses on mind control and the brainwashing techniques attached to it: Hypnosis, electro- shock therapy and drugs. CIA Secret Experiments explores a page of the book History that is often heavily redacted or completely shredded. It is about the troubling experiments conducted by the CIA during the Cold War, especially on mind control. The docementary explains how its techniques can be used to create “Manchurian candidates” (aka MK slaves) that can be used to conduct assassinations and other deeds.
SRA / DID Resources
Project MKULTRA, The CIA's Program of Research in Behavioral Modification
1977 Senate Hearing (PDF-File)
Russ Dizdar
on Coast To Coast AM October 27, 2015
Ritual Abuse & the NWO
mp3 Audio Download
Former Chaplain at the University of Akron Police Department, Russ Dizdar discussed satanic ritual abuse and how numerous crimes and criminals are related to secret government projects such as MK-ULTRA, and Project Monarch. Dizdar believes these abuses are associated with sophisticated underground organizations which are part of a larger movement related to the New World Order. Working with victims over the years, he discovered there are thousands of people around the globe affected by this, and some of them are trained or brainwashed to act as shooters or assassins.
Interview with Russ Dizdar on Hagmann & Hagmann (edited) June 2015
Russ discusses the Nephilim-Hybrid issue and critical end-time issues from the Bible 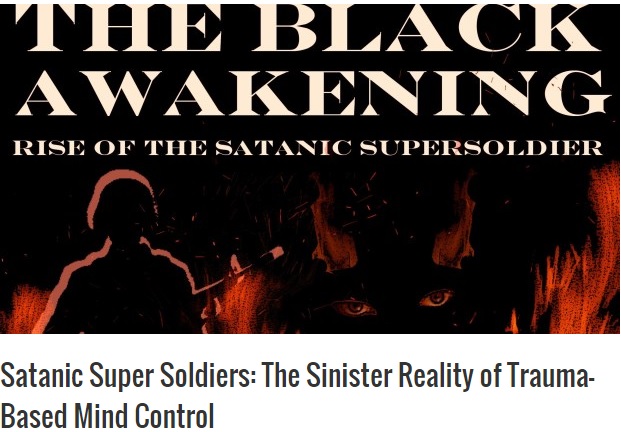 Russ Dizdar:
The Black Awakening Is Now
- The Coming Chaos 2016
Published on Jul 30, 2013
The Rise of Satanic Super Soldiers is Now; the Coming Chaos that ushers in a whole new order Is Here;
Satanic Ritual Abuse; Monarch Project; How is the
Anti-Christ rising to power, and how has a New World Order come to control so many people?
Why are so many hearing voices in their heads?
Is the US Military Weaponizing Satanic Energies? 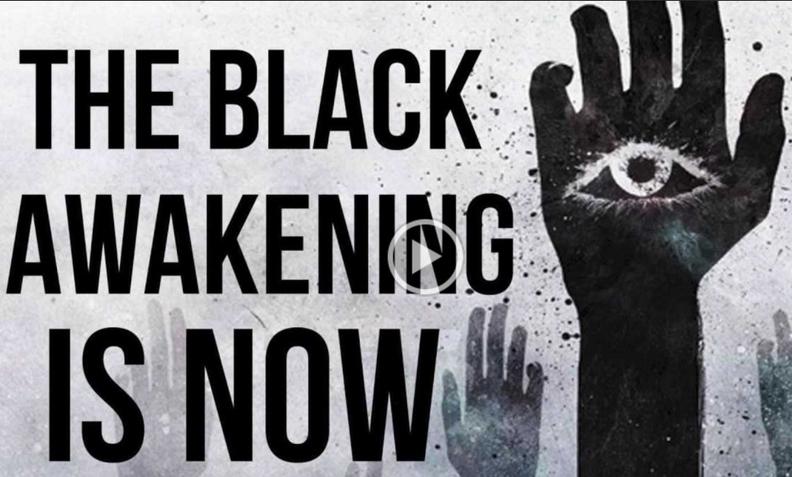 "The Denial Factor postulates that the
chronic refusal to acknowledge trauma
has a direct dissociative effect on
the malleable identity of a child." 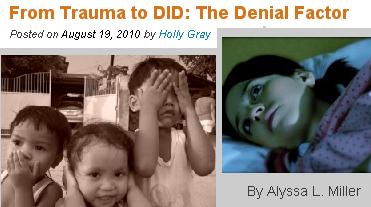 Click ---->
for link to Article
Private Planes, Black Tie Parties, Elite Sporting Events:
The Shocking Story of One Woman's Life in Sex Trafficking
Kendall claims she was sold by her parents at birth to a powerful international sex trafficker. She says when she wasn’t locked in a cage with other kidnapped children, she was flown all over the world on private planes, being sold to wealthy and powerful men.

The Hitler Splice and Its Significance to Everyone Who Is Generational SRA/DID, Especially Those of the Royal Bloodline of King George VI / Nimrod​
* Understanding the gateway for the ruling principality that is associated with the bloodline of Nimrod to be present as Apollyon, the Destroyer, to infiltrate and corrupt the Body of Christ and thwart the purpose of God
* The connection between the last human king and the bringing in of Antichrist
SRA/DID Update
Doug Riggs:
Introduction to the Hitler Splice
(mp3 Audio)

Exo-Vaticana: Portals, Occultism and the Collins Elite; DNA Harvesting, Genetic Manipulation
and the Seed of the Serpent
<--- Link to Website
Link to PDF File
Prophecy of the
Hybrid-Nephilim-
Antichrist
A Commentary on
Daniel 2:43 by Doug Riggs

This documentary is a sequel to UFOs Angels & Gods. Goliath Rising takes us deeper into the mystery of the UFOs and the rise of a hybrid race among us. Are we to be concerned or hopeful? Is this the dawning of a new age
or a coming deception? 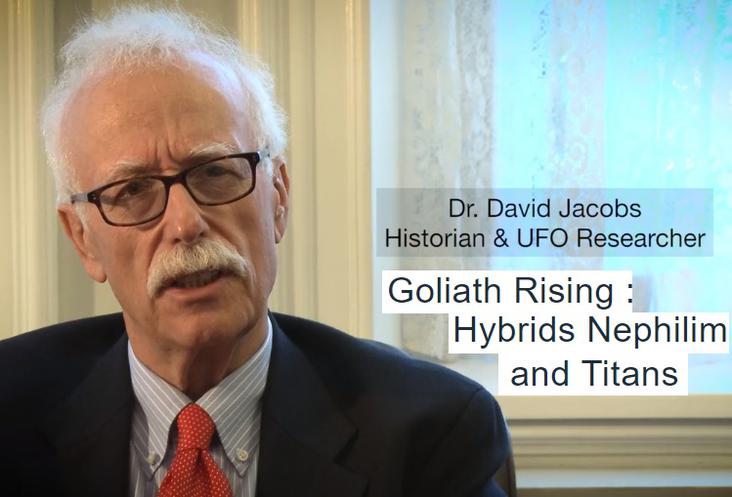 The Luciferian Kingdomization of Christians
The attached pdf file is an outline with my wife Lori’s notes taken at a SRA/DID seminar we attended in 1993. This presentation by Dr. Terry Clapp represents one of the most enlightening and foundational seminars we have ever attended equipping us for our 30 plus years of ministry to SRA/DID survivors. 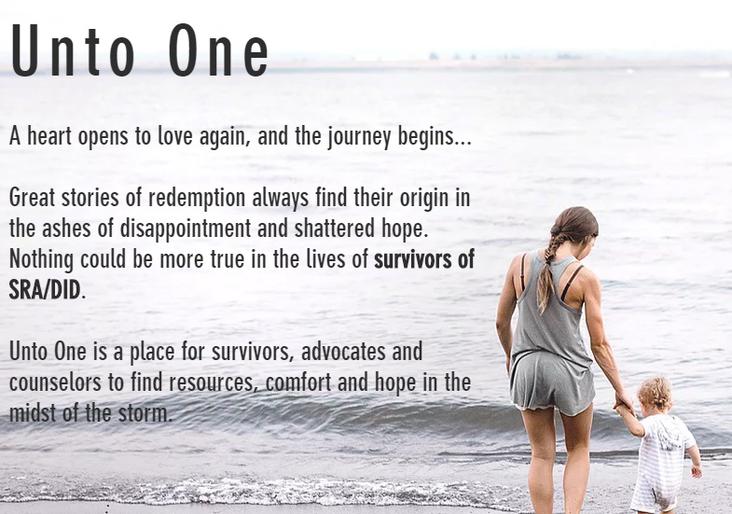 Go-to Website
Generational SRA/DID, The Antichrist,
and the Adolph Hitler Bloodline Connection
(mp3 Audio 12/20/17)
Click HERE for the Hitler-Mengele Connection Page
Edited from a ByteShow podcast, this is a recording from a conference Doug participated in: Discipling Ritual Abuse Survivors and Resolving Dissociation​, Demonization and Programming. Doug discusses God's Ultimate Purpose; The Opposition to the Realization of God's Purpose; Ritual Abuse in the Context of the Church Age; and Ritual Abuse in the Context of Ancient Mystery Religions as the Paradigm for Present Day Ritual Abuse.
Link---->
“The Historical and Biblical Framework for SRA/DID”
Hitler's "Final Solution": The Creation of the Collins Bloodline - The DNA Template for the Anti-Christ
A recent interview with Doug explaining the Hitler-Mengele Connection; the Hitler Splice; the creation of the Collins
bloodline and it's purpose to create
the DNA pathway for the soon-
coming Anti-Christ; and the blatant
symbolism describing this on the
back of the US dollar bill. 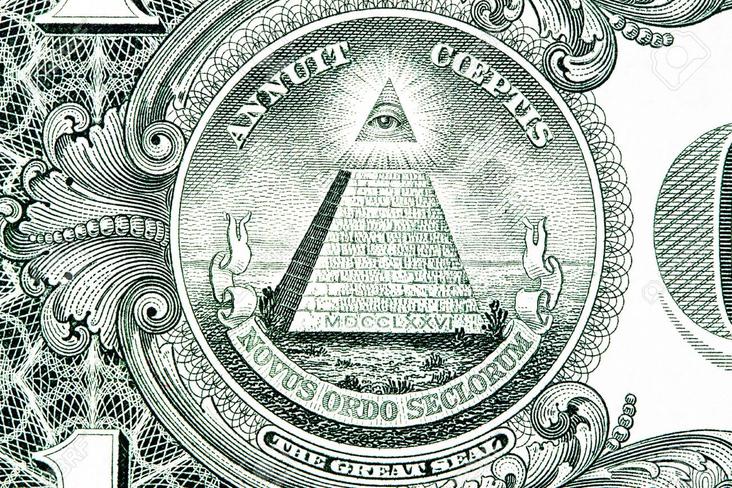 <--- Link to our YouTube Playlist of the 2018 Hawaii Seminar where you'll find short descriptions of each session posted. 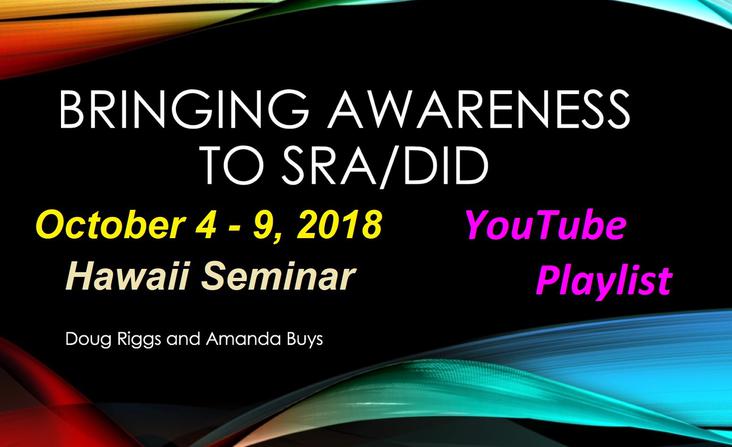 In this episode of The Hot Seat,
Doug Woodward interviews
Kay Tolman, who is a survivor
of ritual abuse and trauma-
based mind control. Kay's
experience combines
generational abuse (family lines
that were heavily occult
influenced) and governmental programming (CIA mind control programs existed from the 1950s to at least the mid-1970s). Kay's experience is somewhat unique because she comes from royal blood lines (Stuart, Livingstone, & others), as well as a father who may have been a double agent in World War II and connected with Lockheed, and a maternal line that was deeply entangled in witchcraft. 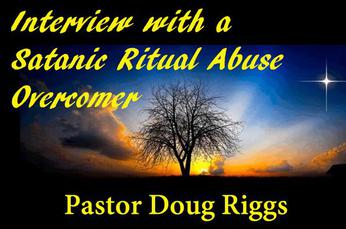 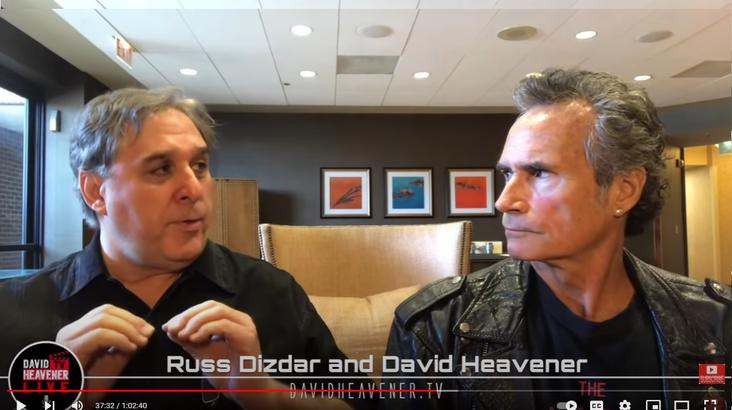 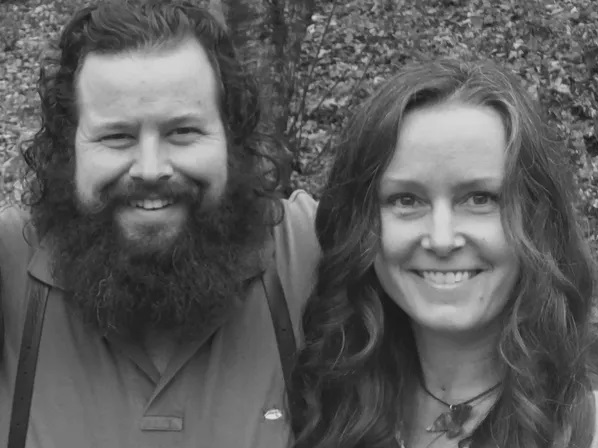 Nick & Julie Martin - Link to Website
We are a husband and wife team who have been walking out the journey of healing from trauma & dissociation. Our passion is to share the work God has done in us with you so that our scars will bring hope to you in your journey. We believe that God never leaves us without hope, Jesus is our Savior and Man familiar with Sorrows, and the Holy Spirit is the best Counselor we can ever have. Whether you are in counseling or not, we hope this site brings encouragement to you in your healing journey with the Lord.
Introduction to SRA/DID
... click HERE
Interview with 'Joe' - a very special friend of our ministry from South Africa                          ---->
Consider this as a wake-up call - and an appeal to consider Jesus' prayer in John 17 that we all may be one - not isolated - not shunning those we don't understand or feel comfortable with.